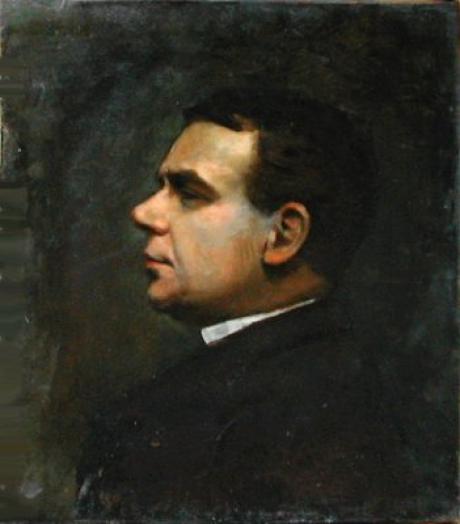 Though there were many stars during this time period, Coquelin is considered one of the most important. He was born in Boulogne, son of a Baker. He began his career at Comedie Francaise and created a major scandal by breaking the rule that forbade actors who left Comedie Francaise to perform elsewhere in Paris. After he returned from his world tours, he began performing at other Parisian theatres. With this act, he set the stage for other disgruntled actors to leave thus undermining Comedie's discipline. He is best known for creating the role of Cyrano de Bergerac, which written especially for him. He was also known for his technical proficiency, which he wrote about in his book The Art of the Actor. The French actor known as Coquelin made his debut at the Comedie Francais in 1860 and achieved fame in classic roles, such as the valet in Figaro. He made an extensive tour of Europe and America in 1886. In 1897 he created his greatest characterization, the title role of Cyrano de Bergerac, at the Theƒtre de la Porte-Saint-Martin, which he also managed. In 1900 he toured the United States with Sarah Bernhardt and returned to Paris to play opposite her. Highly critical and analytical towards his art, and believing in simulated rather than real emotions Dorothy Tennant was an Illustrator, portrait and genre painter who studied at the Slade School and with Jean Jacques Hanner in Paris. She Studied widely including the Royal Academy, the Fine Art Society, the Grosvenor Gallery, the walker Art Gallery and the Royal Institute of Oil Painters. She Married the African explorer Sir Henry Mortin Stanley (1841-1904) in july 1890 and illustrated his autobography. COQUELIN, BENOIT CONSTANT (1841-1909), French actor, known as Coquelin ain‚, was born at Boulogne on the 23rd of January 1841. He was originally intended to follow his father's trade of baker (he was once called un boulanger manqu‚ by a hostile critic), but his love of acting led him to the Conservatoire, where he entered Regnier's class in 1859. He won the first prize for comedy within a year, and made his debut on the 7th of December 186o at the Com‚die Francaise as the comic valet, Gros-Ren‚, in Moliere's D‚pit amoureux, but his first great success was as Figaro, in the following year. He was made sociitaire in 1864, and during the next twenty-two years he created at the Francais the leading parts in forty-four new plays, including Theodore de Banville's Gringoire (1867), Paul Ferrier's Tabarin (1871), Emile Augier's Paul Forestier (1871), L'EtrangŠre (1876) by the younger Dumas, Charles Lomon's Jean Dacier (1877), Edward Pailleron's Le Monde oI~ l'on s'ennuie (1881), Erckmann and Chatri„n's Les Rantzau (1884). In consequence of a dispute with the authorities over the question of his right to make provincial tours in France he resigned in 1886. Three years later, however, the breach was healed; and after a successful series of tours in Europe and the United States he rejoined the Com‚di,e Francaise as pensionnaire in 1890. It was during this period that he took the part of Labussi‚re, in the production of Sardou's Thermidor, which was interdicted by the government after three performances. In 1892 he broke definitely with the Com‚die Francaise, and toured for some time through the capitals of Europe with a company of his own. In 1895 he joined the Renaissance theatre in Paris, and played there until he became director of the Porte Saint Martin in 1897. Herehewon successes in Edmond Rostand's Cyrano de Bergerac (1897), Emile Berg‚rat~s Plus que reine (1899),' Catulle MendŠs' Scarron (1905), and Alfred Capus and Lucien Descaves' L'Attentat (1906). In 1900 he toured in America with Sarah Bernhardt, and on their return continued with his old colleague to appear in L'Aiglon, at the Th‚…tre Sarah Bernhardt. He was rehearsing for the creation of the leading part in Rostand's Chantecler, which he was to produce, when he died suddenly in Paris, on the 27th of January 1909. Coquelin was an Officier de l'Instruction Publique and of the Legion of Honour. He published L'Art et le co-m‚dien (1880), Moliere et le misanthrope (1 88j), essays on Eugene Manuel (1881) and Sully-Prudhomme (1882), L'Arnolphe de Moliere (1882), Les Com‚diens (1882), L'Art de dire le monologue (with his brother, 1884), Tartu,ffe (1884), L'Art du com‚dien (1894). His brother, ERNEST ALEXANDRE HoNoRfi COQUELIN (1848- 1909), called Coquelin cadet, was born on the 16th of May 1848 at Boulogne, and entered the Conservatoire in 1864. He graduated with the first prize in comedy and made his debut in 1867 at the Od‚on. The next year he appeared with his brother at the Th‚ƒtre Francais and became a soci‚taire in 1879. He played a great many parts, in both the classic and the modern repertoire, and also had much success in reciting monologues of his own composition. He wrote Le Livre des convalescents (188o), Le Monologue moderne (1881), Fairiboles (1882), Le Rire (1887), Pirouettes (1888). He died on the 8th of February 1909.

Dorothy Tennant (22 March 1855 in Russell Square, London – 5 October 1926) was a Victorian neoclassicist painter.She was the second daughter of Charles Tennant (1796-1873) and Gertrude Barbara Rich Collier (1819–1918). She studied painting under Edward Poynter at the Slade School of Fine Art and with Jean-Jacques Henner in Paris. In 1890, she married the explorer of Africa, Henry Morton Stanley,and became known as Lady Stanley. She edited her husband's autobiography,reportedly removing any references to other women in Stanley's life. After Stanley's death, she married Henry Jones Curtis (died 19 February 1944), a pathologist, surgeon and writer, in 1907.She was also an author and illustrated several books, including London Street Arabs, 1890.