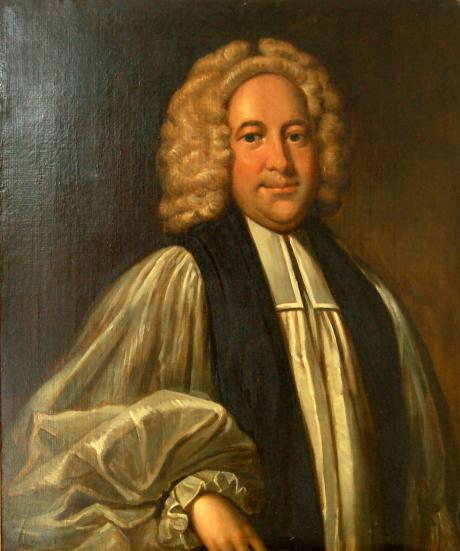 Willes, Edward (1694–1773), bishop of Bath and Wells and cryptanalyst, was born at Bishop's Itchington, Warwickshire, on 6 March 1694, the son of John Willes (1647/8–1700), rector of that parish, and his wife, Anne, daughter of Sir William Walker of Oxfordshire. The judge Sir John Willes was his brother. Educated at Oriel College, Oxford, Willes graduated BA (1712), MA (1715), and BD and DD (1726). Willes had two interlacing careers, as an ecclesiastic and as the king's chief ‘decypherer’, both important, both conscientiously fulfilled, but he has been described as ‘the only man in history to use crypto-analytic talents to procure ecclesiastical rewards’ (Kahn, 170). He had first learned his decoding skills at Oxford from the brilliant young William Blencowe, Queen Anne's decipherer; there he stayed after graduation to perfect his expertise. In May 1716 his competence, coupled with whig credentials proven in violent clashes with Oxford tories, made him a suitable candidate as decipherer to George I, with a salary of £200 a year. He worked both at home and in the secret office, where duties were enveloped ‘in clouds and thick darkness’ and demanded ‘very active, laborious and incessant exertion’ (Cassan, 168n.). Fluent in Latin, French, Spanish, and Swedish, Willes soon established widespread fame as a highly skilled, meticulous decipherer. In 1716 he intercepted pro-Jacobite messages between Georg Heinrich von Görtz, a wily Swedish diplomat, and Count Karl Gyllenborg, his ambassador in London. Willes cracked the code and translated 300 pages of cipher. In January 1717, despite protesting that he enjoyed diplomatic immunity, Gyllenborg was arrested for conspiracy. The government rewarded Willes with the valuable living of Barton in the Clay, Bedfordshire (1718–30). More was to follow. Between 1719 and 1722 he decoded communications between Bishop Francis Atterbury of Rochester and Jacobites abroad. In the ensuing trial Willes was a prime witness, whom Atterbury himself ruthlessly cross-examined. The bishop was convicted and banished. This major coup earned Willes further promotion, a canonry at Westminster (1724–43), followed by the deanery of Lincoln (1730–43), held in commendam with the two prebends of Weston Paynshall (1730–37) and Milton Ecclesia (1737–44). With a salary now of £500 a year his work as government agent in the 1734 Bedfordshire election yielded yet more fruit, including the livings of Bonsall, Derbyshire, and the recently created St John's, Westminster. An acknowledged master decipherer, was Willes equally conscientious in his clerical responsibilities or, as Kahn and others infer, merely a political hack looking for ever wealthier preferments? Despite his frequent attendance at the House of Lords, recent research reveals such innuendoes to be false. Though granted the living at Barton for political services he was no absentee; he made the rectory his home, he brought up his family there, and he even purchased its manorial rights, still retained by his family into the late nineteenth century. Furthermore he regularly and conscientiously fulfilled his duties as canon of Westminster and as dean of Lincoln. At Lincoln he worked to heal disputes between bishop's and archdeacons' officials. He was also active with his cathedral's Oxfordshire peculiars, such as Banbury. In June 1738, for example, he planned, with Bishop Secker of Oxford, for a confirmation there. On 2 February 1719 he married Jane (bap. 1695, d. 1771), daughter of Henry White of Oxford, a draper, and they had five sons and four daughters.

Though apparently in line for a bishopric as early as 1736, Willes realized the impossibility of coping simultaneously with that and the secret office. He refused elevation until 1742, when his eldest son, Edward, was experienced enough to reduce some of the burden. In that year Willes was consecrated bishop of St David's. Nor was his promotion to the wealthier bishopric of Bath and Wells in the following year the result of manoeuvring, for he was the compromise candidate after the first choice had proved politically unacceptable and another had refused. Despite help in the secret office from three of his sons—Edward (from 1742), Francis (from 1752), and William (from 1758)—coded missives still arrived at Wells for deciphering during Willes's long episcopate. Nor was he averse to nepotism in the diocese; three of his family, a son and two sons-in-law, became archdeacons of Wells. However, in his episcopal duties, as in the secret office, he was punctilious. He held most of his ordinations (sixty-four out of sixty-seven) in Bath and Wells, not in London, as did some contemporaries. Visitations too, except in old age, he carried out regularly in person. He began restoring the bishop's palace at Wells but had the redundant one at Banwell demolished so that its materials could be used for a school and the local church. Willes died at his London home, near Berkeley Square, on 24 November 1773 and was buried on 1 December in Westminster Abbey.

Until Richardson's retirement in 1740 Hudson painted portraits primarily in the west country, including Devon and Bath. His earliest portraits are documented in the accounts of the Courtenay family of Devon for 1728 (manuscript, priv. coll.). His early work imitates Richardson's in composition and technique. On Richardson's retirement Hudson gained a number of his master's clients and became more prominent in London. Described by Vertue in 1742 as ‘a good ingenious man really of great merrit’ (Vertue, Note books, 3.111), Hudson increased his patronage by hiring the Flemish artist Joseph van Aken as his drapery painter, a successful collaboration first mentioned by Vertue in 1743. His work soon showed the influence of portraits by Anthony Van Dyck.

During his career Hudson painted at least 400 portraits, about eighty of which were engraved. Sitters included members of the aristocracy, landed gentry, political leaders, Anglican clergy, and popular figures in music and the theatre. He was one of England's most employed portraitists in the 1740s and 1750s. Among his best-known portraits are Theodore Jacobsen (1746; Thomas Coram Foundation for Children, London), Lady Mary Andover (1746; Ranger's House, Blackheath, London), Benn's Club of Aldermen (1752; Goldsmiths' Company, London), Charles Spencer, Third Duke of Marlborough, and his Family(c.1755; Blenheim Palace, Oxfordshire), and two portraits of George Frideric Handel (1748–9; Staats- und Universitätsbibliothek, Hamburg; and 1756; NPG).

Some of Hudson's compositions may have been influenced by a trip in 1748 to France, Holland, and Flanders. By this time he had begun to form a collection of paintings, drawings, prints, and sculpture by other artists. His collection stamp, TH, is found on numerous old master drawings. Hudson continued to employ drapery painters after van Aken's death in 1749. A rapid trip to Rome in 1752 did not dramatically alter his work. Hudson's success attracted apprentices, among them Joshua Reynolds (1740–43), Joseph Wright of Derby (1751–3 and 1756–7), and John Hamilton Mortimer (1757). After the mid-1750s, when Reynolds began to receive commissions from Hudson's patrons, a rivalry developed that has adversely coloured subsequent opinions of Hudson.

Although Hudson exhibited with the Society of Artists in 1761 and 1766 he was receiving fewer commissions by this time, and he retired to his villa in Twickenham. In 1770, after the death of his first wife, he married Mary Fynes (1702–1783). Hudson died at Twickenham on 26 January 1779. His will, dated 25 October 1776, names his second wife and members of the May and Carpenter families of Exeter among the legatees. Although Horace Walpole stated that ‘the better taste introduced by Sir Joshua Reynolds put an end to Hudson's reign’ (Walpole, 4.124) an unidentified writer in the St James's Chronicle, or, British Evening Post for 13 January 1781, wrote that ‘Hudson was no bad Colourist, and was one of those Limners who gave an easy, if not a graceful, Attitude to the human Figure’. His collection was dispersed in 1779 and 1785, in three important sales.