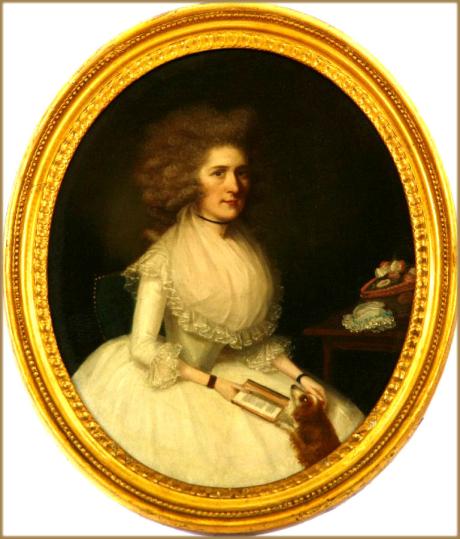 Francis Alleyne specialised in small-scale oil portraits, often in oval format, drawing his sitters from the landed gentry, wealthy merchants, Army and Navy officers. He seems to have specialised in small, oval, three-quarter lengths, usually signed on the back, which look like middle class versions of Wheatley's more elegant small portraits.He exhibited at the Royal Academy in 1774 and at the Society of Artists in 1790. Alleyne was an itinerant portrait painter visiting country houses mainly in the south-east of England. Francis Alleyne was an itinerant portrait painter who visited country houses mainly in the south east of England. He was a French émigré who came here at a time when the French painting style was very popular in Britain. Alleyne exhibited his work from 1774 to 1790, 1 at the Society of Artists of Great Britain, 1 at the Free Society of Artists and 1 at the Royal Academy, London. He specialized in small oval three quarter lengths; these can be highly sensitive with considerable charm and are always highly finished. Some of his paintings are inscribed on the reverse. Whilst it is known that Alleyne only exhibited a few paintings in London, his work was better known in social circles, where he would have found most of his clients.