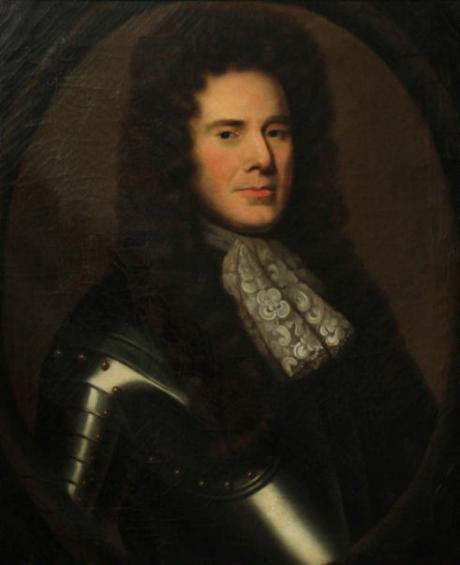 Pringle, George (1631–1689), politician, was born on 3 March 1631, the eldest son of James Pringle (1596–1658), of Torwoodlee, Selkirkshire, and his second wife, Janet (b. 1614), daughter of Sir Lewis Craig of Riccarton. He may have been the Georgius Pringle who attended Glasgow University in 1646. On 22 June 1654 he married Janet (c.1626–c.1690), daughter of Alexander Brodie of Lethen, Moray. They had one son and four daughters. Like his brother-in-law, Walter Pringle of Greenknowe, he was a zealous covenanter. He fought against Cromwell at the battle of Dunbar on 3 September 1650. He made his peace with the Cromwellian regime and both he and his father were made commissioners for the cess in 1655. Pringle succeeded his father in 1658 and was named as sheriff of Selkirkshire by Richard Cromwell in 1659 and a commissioner of cess in 1660. Following the Restoration, Pringle was excepted from the Act of Indemnity of 1662, but allowed a royal pardon upon payment of a fine of between £1600 and £2000. ‘Though he did not conform to prelacy’, according to Wodrow, ‘he had no share in those struggles for religion and liberty at Pentland and Bothwell.’ Rather, while Pringle lived in quiet retirement, ‘his home was a sanctuary for all the oppressed that came to him, and these were neither few nor of the meanest quality’ (Wodrow, 4.228). Pringle became active in politics once more in the late 1670s, being named a commissioner of supply in 1678. He was involved in the escape of Archibald Campbell, ninth earl of Argyll, on 20 December 1681, meeting him at an alehouse near Torwoodlee and ensuring his safe escape into England and thence to the Netherlands. To the government he was a dangerous man, being described as ‘a great fanatic and of anti-monarchical, republican principles, from his infancy’ (Willcock, 285). In 1684 Pringle was fined 5000 merks for church offences, and in September, William Carstares, under torture, implicated him in the Rye House plot of the previous year, when he revealed that meetings had been held at his house. Pringle escaped arrest in September 1684 and fled to the Netherlands. He was summoned to appear at the Scottish parliament on 26 March 1685 but did not do so. His estate was then declared forfeit for treason and granted in May 1686 to Lieutenant-General Drummond. Meanwhile in Amsterdam on 7 April 1685 he was one of twelve exiles who constituted the council ‘for the recovery of the religion, rights and liberties of the kingdom of Scotland’. He was sent by Argyll to the south of Scotland in preparation for Argyll's expedition, but upon its failure he escaped again to the Netherlands. Pringle returned to Scotland at the revolution of 1688, and he was elected a commissioner for Selkirkshire to the convention of estates in 1689, which was later turned into a parliament. He served as a commissioner of supply and the militia, but he was clearly ailing, and was excused attendance at the parliament on 22 July 1689, being ‘very sick’. He died soon afterwards. His son, James, was able to secure the reversal of his attainder in 1690. Stuart Handley DNB