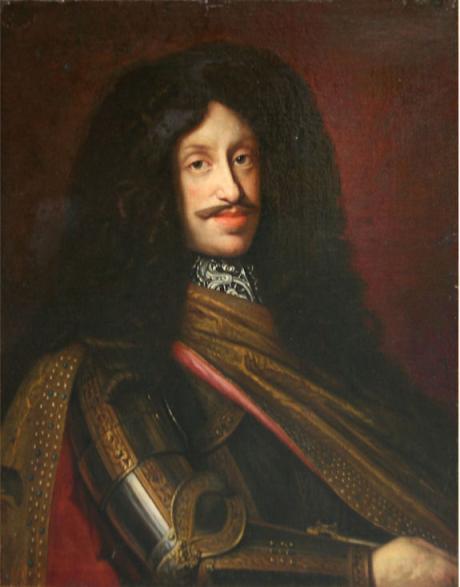 Benjamin Block, or Blok (1631–1690) was a seventeenth-century German - Hungarian Baroque painter who married the flower painter Anna Katharina Block. He is known for his portrait paintings. Block was born into an artistic family in Lübeck; his father Daniel Blok and brothers Emanuel and Adolf were painters.In 1653 he was registered in Halle, Belgium.,probably en route to Italy, and in 1655, through one of his brothers, who was a canon in Vienna at the time, he met Ferenc Nádasdy who invited him to produce art in Hungary. He is registered in Hungary from 1656-1659. Of his paintings made there. the portraits of Nádasdy and his wife, as well as that of Pál Esterházy have survived. At Loreta and Gyor he painted altarpieces and was commissioned to paint the Jesuit scholar Athanasius Kircher in the mid-1650s, who later served as intermediary in a deal resulting in an order for a portrait of Pope Alexander VII. In 1659 he is registered in Rome. After working as a portrait painter inSiena, Florence and Venice, in 1664 Block crossed the alps back to his native Germany, and settled in Nuremberg, where he married the daughter of the flower painter Johann Thomas Fischer (1603–1685), the flower painter Anna Catharina Fischer. There he made portraits for the margraves of Ansbach and the Vienna court until 1670. He was knighted by Leopold I, Holy Roman Emperor in 1684. His wife remained a painter after her marriage, and along with their parents, this duo is mentioned in the artist biographies of Joachim von Sandrart andArnold Houbraken. He died in Regensburg in 1690.