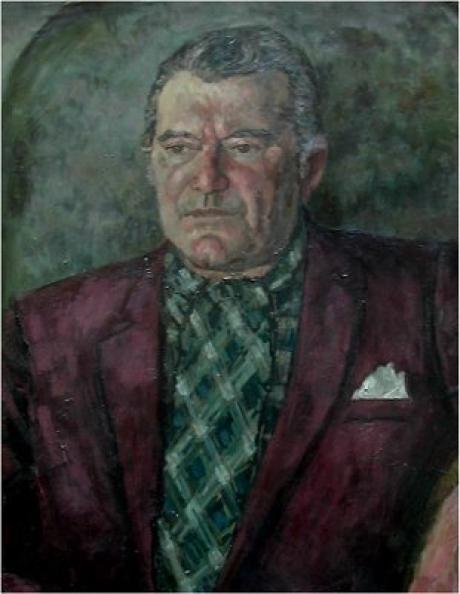 Hawkins, John Edward [Jack] (1910–1973), actor, was born at Lyndhurst Road, Wood Green, Middlesex, on 14 September 1910, the son of master builder Thomas George Hawkins and his wife, Phoebe, née Goodman. The youngest of four children in a close-knit (though not at all theatrical) family, Jack joined his school choir (at Trinity county school, Middlesex) at the age of eight; two years later he sang in the local operatic society's Patience by Gilbert and Sullivan.

Enrolment with the Italia Conti School led to Hawkins's stage début in Clifford Mills and John Ramsey's Where the Rainbow Ends at the Holborn Empire on 26 December 1923. Soon after, his professional acting career began with Lewis Casson casting him as Dunois's page in the original production of Shaw's Saint Joan (1924). In the course of three years with the Casson-Thorndike company he played in Macbeth, Henry VIII,Medea, and Shelley's The Cenci. In the last play, critic James Agate singled him out as the most promising boy player he had ever seen. As a (by now) juvenile actor, Hawkins distinguished himself under Basil Dean's direction in John Van Druten's Young Woodley (1928). Under the same director he played opposite Laurence Olivier in Beau Geste (January 1929). He first appeared on the New York stage as Second Lieutenant Hibbert in R. C. Sherriff's Journey's End (22 March 1929).

During the 1930s Hawkins extended his range over a wide spectrum of classical roles such as Milton's Comus, and Shakespeare's Caliban, Orsino, Horatio, Leontes, Benedick, and Orlando; but he also performed in more lightweight plays such as those of Dodie Smith or the stage adaptation of Edgar Wallace's The Frog (1936). As early as 1933 the drama critic of the Evening News called him ‘the most indubitable of matinée idols’ (Hawkins, 71) and predicted that he might outstrip talented contemporaries such as Ralph Richardson and John Gielgud, and in the pre-war years Hawkins often worked with the latter. The high point of this collaboration was Gielgud's staging, in the period of the phoney war, of The Importance of Being Earnest in which Hawkins scintillated in the role of Algernon Moncrieff.

After the fall of France in 1940, Hawkins volunteered for service with the Royal Welch Fusiliers. Posted to India with the 2nd British division, he was put in charge of troop entertainment; by July 1944 he was a colonel commanding the administration of the Entertainments National Service Association for India and South-East Asia. On demobilization in 1946 he returned to the London theatre. After his comeback as Magnus in Shaw's The Apple Cart, he played Othello in a British Council-sponsored tour of recently liberated continental countries. At this point his life was to see a change. No novice to film acting (though initially camera-shy), he had appeared in a good many prewar motion pictures fromBirds of Prey (1930) onwards. But following the Othello tour he launched himself on a predominantly cinematic career; he signed a three-year film contract with Alexander Korda and later switched to Rank, ceasing to appear on the stage after 1951. When he played a group captain in a war film, Angels One Five (1952), the reception was such that he tended thereafter to be typecast as a senior British officer: his rugged features and resolute persona matched the public's ideal expectations of the type. Corvette commander Ericson in The Cruel Sea (1953), test pilot John Mitchell in Man in the Sky (1956), Major Warden in The Bridge on the River Kwai (1957), and General Allenby in Lawrence of Arabia (1962) all confirmed this stalwart image. As he put it himself: ‘Every time an army, navy or air force part comes up they throw it at me. There is nothing left now but the women's services!’ (Hawkins, 122). An amusing variation was Norman Hyde, a former army officer who collects a group of wartime comrades to plan and execute a bank robbery, in The League of Gentlemen (1960). Other authoritative screen characterizations included the headmaster of a school for deaf mute children in Mandy (1951), Quintus Arrius in the 1959 version ofBen Hur, and Inspector Gideon of Scotland Yard in Gideon's Day (1959). Opinion polls in 1953, 1954, and 1957 declared him to be the most popular British film actor—a standing confirmed by his appointment as CBE in 1958. He also performed in television drama from 1956 onwards, notably in the thirty-nine-episode series Four Just Men (1959–60).

A throat condition which had long troubled him worsened appreciably during the making of The League of Gentlemen; cobalt treatment afforded only temporary relief. It was—ironically enough—while working on the television play The Trial and Torture of Sir John Rumpayne (1965) that he was discovered to be suffering from throat cancer. After an operation which practically deprived him of his voice, he continued to act in films (either in near silent parts or having his voice dubbed over) with a fortitude equal to that of the wartime heroes he had so often portrayed. Following an unsuccessful operation to fit him with an artificial voice box, he died at St Stephen's Hospital, Fulham Road, London, on 18 July 1973, mourned by his fellow actors and the general public.