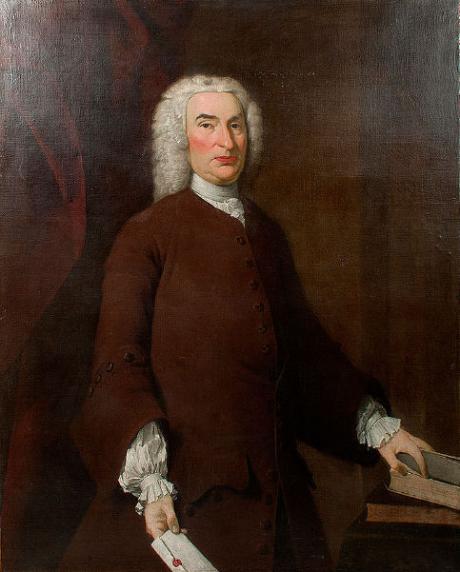 Britain was a pioneer of state Lotteries and they have always reprsented seriosu money. Lottery schemes built Westminster Bridge, supplied the Navy and established the British Museum. Parliament first set up state lotteries aproximately 315 years ago in 1693. 126 Lotteries were then held  during the next 130 years.  The state Lottery Acts were part of the financial experiments of the 1690's that established the Bank of England and promyed the stock Exchange.

National Lotteries underwrote state Loans, reduced the capital or interest on the national debt, funded all manner of public projects , and raised revenue directly. During the 18th century Britain went to war on loans raised by lotteries. They prpvided a thrid of Marlborough's campaing expenses, 40 percent of what was spent trying to defend American colonies and more than a quarter of that used to fight Napoleon.. All the early Lotteries wer long-term loans to govrnment. No ticket holder before 1769 was a loser, being at the very least assured of a return oin annuities. In addition, ticket holders might win a lareg prize in government bonds. There was usually on prize-winning ticket for every four blnks. In the early lotteries the \treasury and its appointed Board of Lottery Commissioners farmed out the ticket selling for a set sum, but from

1787 competitive bidding was introduced. In the 18th Century Britain repeatedly issued Lottery Loans, in which investors bought bonds who size was determined by a draw. The probability distribution of these draws was perfect;y known and highly skewed. After the draw the bonds were indistinguishable from other bonds. Information about winners indicates that investors were well-to-do and included many merchants and bankers. His prize of £20,000 was the largest annual  prize awarded between 1694 and 1743.

The decline in the social exclusiveness of the lottery was a factor in eventual abandonment. It became a target of evangelical disapproval. William Wilberforce recorded that after 1807 vote to abolish slvery, the lottery was singled out as the next target. A year later a select committee report concluded that because of lotteries, "idleness, dissipation and Poverty increased. The main reason for its demise  was the contradictions of the contract system itself.  Public confidence rests on proper administration and in particular, on the performance of the draw. In all parliamentary lotteries the preliminaries were elaborately staged. Two wheels or "boxes" to contain tickets, closed by severn separate locks and encased in one larger outer boxwere used every 18th- and early 19th century state draw. Accompanied by cheering crowds, banners and a guard of up to 20 constables and a dozen grenadiers, the wheels were taken on a ceremonial sledges from the Treausry offices to the drawing place : the Guildhall until 1802 and nearby Cooper's Hall until 1826.

Pond, Arthur (bap. 1701, d. 1758), artist and printseller, was baptized on 2 August 1701 in the parish church of St Magnus the Martyr, London. The oldest surviving son of John Pond (d. 1749), a wealthy surgeon of London Bridge, and his wife, Mary Marshall, he was the only member of his family to abandon trade for a riskier, potentially genteel profession. His artistic education may have begun under the portrait painter John Vanderbank, whose name appears near Pond's in the first subscription list of the St Martin's Lane Academy, founded in 1720. There Pond must have met William Hogarth and the painter George Knapton, probable source of a crucial introduction to Jonathan Richardson senior, portrait painter, author, and art theorist, whose books were published by John and Paul Knapton. Pond's subsequent career in the world of art, letters, and learning might be considered a realization of Richardson's visions of the learned artist, the gentlemanly connoisseur, and the revival of Italian artistic greatness in England. In 1725 Pond visited Italy in the company of the scholar Daniel Wray and John Dyer, painter and poet, and returned to England in 1727. The prestige of his Roman experience gave Pond access to important British art patrons, but his mediocrity as a painter anchored him in the lower tier of London practitioners, and his main successes occurred with pastel portraits in imitation of the Venetian artist Rosalba Carriera and the Swiss Jean-Étienne Liotard.

Pond's greatest impact on English art and taste resulted from his printmaking and publishing in partnership with the Knapton booksellers, and as an art dealer. His single-minded promotion of the continental old masters, and of Italian art of all eras, earned him a comfortable fortune, prestige, and the enmity of both George Vertue and William Hogarth, insular champions of English art. In partnership with the landscape etcher Charles Knapton, Pond etched and published Prints in Imitation of Drawings (1735–6), depicting Dutch and Italian old master drawings in British collections, andCaricatures (1736–42), popularizing the drawings of the Roman artist Pier Leone Ghezzi. However, it was Pond's Italian Landscapes (1741–8), commercially produced engravings after paintings by Claude Lorrain and Gaspard Poussin, and his Roman Antiquities (1745–51), engraved views of ruins after Roman artist Gian Paolo Pannini, that established widespread British appreciation of Italian classical landscape.

Thanks to his Roman contacts, Pond maintained a steady and lucrative trade in old master art and copies. Ironically, he is admired today as an ambitious collector of Rembrandt prints and paintings, acquired in Amsterdam while on business for the Knaptons, or from the dispersal of British collections. In the late 1740s Pond's collecting extended to exotic shells, perhaps stemming from his involvement in the Knaptons' publication of Anson's Voyages in 1748. In 1752 Pond was elected a fellow of the Royal Society and of the Society of Antiquaries, the only artist of his generation to receive both honours. Although records of the last seven years of his life are thin, he planned to withdraw from the messy business of painting in 1757. Ongoing publication of the prints had already been entrusted to his mistress, Elizabeth Knapton, widow of his former partner Charles, who had died in 1743. Contemporaries attributed Pond's failure to marry to his social ambitions. He died of a fever in September 1758 at his house in Great Queen Street, Lincoln's Inn Fields, and was buried in his sister and brother-in-law's parish of Sanderstead, outside London.