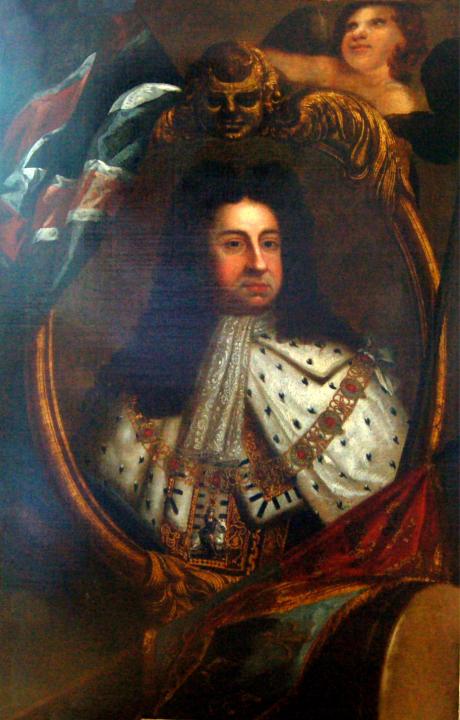 Kneller was born Gottfried Kniller in Lübeck, Germany. His father Zachary Kniller was a painter and the Chief Surveyor of the city of Lübeck. In about 1662 he read mathematics at Leyden University before turning to painting, studying under Ferdinand Bol and probably Rembrandt. He was in Rome and Venice from 1672 to 1675, probably painting portraits of the Venetian nobility, before settling in England in 1676. There he ran a successful studio producing replicas and copies. After being introduced to the Duke of Monmouth, he received sittings from the king and was launched as a court artist, establishing a reputation as a portrait painter in the grand manner.

In 1684-5 Kneller was in France, painting Louis XIV for Charles II. A court painter to James II and George I, he was appointed principal painter to William and Mary in 1688. He was knighted in 1692, and in 1695 received, in the presence of the king, an honorary Doctorate of Law from the University of Oxford. In 1700 he was created a Knight of the Holy Roman Empire by the Emperor Leopold I. He married Susanna Grave, a widow, in 1704; the couple were childless. In 1711 he became Governor of the first London Academy, and was re-elected annually until 1718. George I granted Kneller a baronetcy in 1715. At the time of his death in London, about five hundred works remained unfinished in his studio.