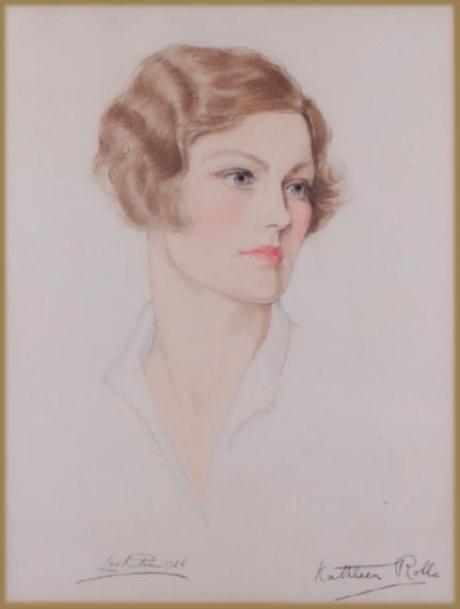 "Leo Klin 1926" and further signed by the sitter  "Kathleen Rollo"

From 14 February 1917, her married name became Rollo.2 She was Company Assistant with the Auxiliary Territorial Service.

Leo Klin 1887-1967, was born in Grodno, Russia where he studied at the Imperial Academy of Fine Arts, St Petersburg. In England he exhibited widely, including RA, RP, UA, NEAC and throughout the provinces. Sunderland Museum and Art Gallery and Russell-Cotes Art Gallery, Bournemouth hold his work. he lived in London.