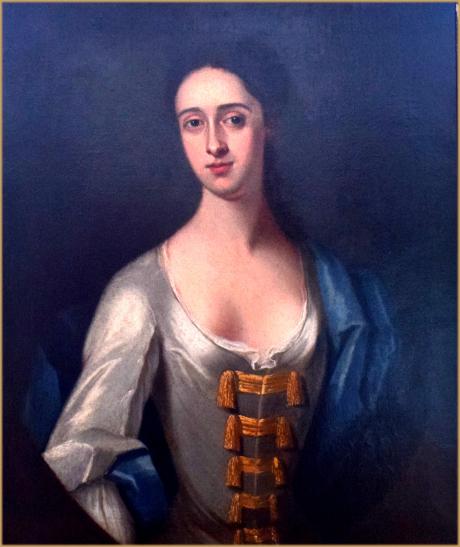 Philip Mercier,   (1691–1760), painter and etcher, was born in Berlin, the son of Philippe Mercier, a Huguenot tapestry weaver at the royal factory in that city. ‘Reicrem’ (his surname in reverse) was sometimes used as a signature on his paintings. He studied in Berlin at the Akademie der Künste and under Antoine Pesne, from 1711 court painter to Frederick I of Prussia, whose brother-in-law, George, elector of Hanover, became king of England (as George I) in 1714. It was probably in 1716 that, 'recommended from the Court at Hanover' (Vertue, Note books, 3.37), Mercier went to London, bringing a portrait of Frederick, the little grandson of George I (probably of the type represented at the Welsh Girls' School, Ashford, Middlesex). On 17 July 1719 he married Margaret Plante at St Martin-in-the-Fields and between 1720 and 1727 lived in Leicester Fields. Between 1726 and 1735 he attended the annual dinners of the St Luke's Club, acting as steward in 1728.

In the early 1720s Mercier's work was dominated by the influence of Watteau, with whose work he was clearly intimately acquainted. He etched a number of Watteau's works and painted variations on the theme of the fête-champêtre with either commedia dell'arte figures or English family groups of loyal Hanoverian courtiers. Such groups, of which there are fine examples at Belton House, Lincolnshire, and in the Tate collection, launched the conversation piece in British painting. Mercier was also active at this time as a picture dealer, selling a number of paintings ‘collected abroad’ (Cock's, 21 April 1724).

In December 1728 Frederick, having attained his majority, went to London and the following January was made prince of Wales. Mercier painted a series of whole-length portraits of the prince and his three sisters, the princesses Anne, Amelia, and Caroline (Shire Hall, Hertford), all four being engraved by John Simon, who described them as painted in 1728. They presumably brought about Mercier's appointments in 1729 as the prince's principal painter (on 17 February) and page of the bedchamber (on 6 March). On 26 January 1730 he was also made library keeper. In addition he shared with the prince an interest in the theatre; in 1729 they collaborated in a production of Thomas Doggett's Hob at Richmond, and in 1733 Mercier was a shareholder in Rich's Theatre at Covent Garden, London. His informal portrait of Handel (c.1730, priv. coll.) further suggests his interest in the performing arts. He painted more portraits of the prince in 1730 (priv. coll.) and about 1736 (National Portrait Gallery, London), and in 1733 he contrived an informal musical group of the prince with his three sisters (versions in the Royal Collection; National Portrait Gallery, London; and Cliveden, Buckinghamshire). Frederick's patronage, however, proved capricious. By 1736 he had sat to at least five other artists in London and there were rumours of a quarrel between Mercier and his royal patron. In October 1736 Mercier left his service, though he continued to receive payment as librarian until 1738.

On 25 June 1735 Mercier, described as a widower of St Giles-in-the-Fields, married Dorothy Clapham of St James's, Westminster. In 1736 he withdrew to an estate in the country, probably in Northamptonshire. Between October 1737 and May 1739 he was living in the Great Piazza, Covent Garden, but by October 1739 he had settled in York, where he stayed some thirteen years. While he found plentiful employment as a portrait painter, he also produced an increasing number of fancy pieces, often reminiscent of Chardin, for engraving in London. These addressed a popular market and included literary illustrations, domestic scenes, groups of children, and sets of, for example, the Seasons, the Times of Day, and the Senses.

Mercier visited Ireland in 1747 and Edinburgh in 1750, but in 1751 he let his house in York and returned to London. In 1752 he went to Portugal, where he was joined by his family. It is not known how long he stayed, but one of his last portraits, of the Burton family of London (Musée du Louvre, Paris), may be dated to about 1755. From this last decade there are some fancy pictures, painted with increasing economy, two of which, a Girl Sewing and a Girl Washing (both untraced), he exhibited with the Society of Artists in 1760.

Philip Mercier died in London on 18 July 1760, and was survived by his second wife. Although his best portraits have a fine French elegance, his work was inconsistent, and in his later years it apparently failed to sell. His influence on British painting was, however, considerable. His second wife, Dorothy, painted on a small scale in her husband's manner. She became a printseller in Little Windmill Street, Soho, London, in 1762 and retired from business in June 1768. Their daughter Charlotte Mercier (1738–1762) also practised in pastel, but she died in reduced circumstances in the workhouse of St James's, Westminster, London, in February 1762.