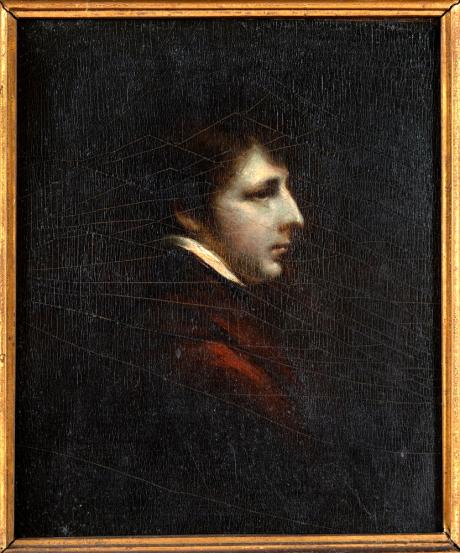 Sir Anthony Carlisle, (1768–1840), surgeon and anatomist, was born on 15 February 1768 at Stillington, Durham, the third son of Thomas Carlisle and his first wife Barbara (d. 1768), daughter of John and Elizabeth Hubback of Cowpen Bowley, near Stillington. Following Barbara's death in childbirth, Carlisle's father married Susannah Skottowe. Nothing is known of Carlisle's early education, but he was sent to his maternal uncle, Anthony Hubback, in York, for medical training. Following his death, Carlisle was transferred in 1784 to a surgeon, William Green, of Durham. He then went to London, probably in the late 1780s, where he attended lectures by John Hunter, Matthew Baillie, George Fordyce, and others, and became the house pupil of Henry Watson, whose post as surgeon to the Westminster Hospital Carlisle obtained in 1793, on Watson's death. The next year, Carlisle began offering lectures on surgery, part of an attempt to establish a formal medical school there.

As an anatomist, Carlisle was especially interested in the exotic and anomalous, publishing papers on the lemur and sloth, the breeding of eels, defective brain development in a lamb, and a family of human beings with polydactyly (extra fingers and toes). He chose as the subject of one of his Hunterian orations (1820) to the Royal College of Surgeons the anatomy of oysters, a topic that was publicly ridiculed. He had been active in the 1790s in securing the collections of John Hunter for the college, and helped perpetuate Hunter's memory, both as an act of piety and a vehicle of collective surgical advancement. Carlisle was one of the original members when the college received its royal charter in 1800, and he held a number of offices there, sitting on council and on the court of examiners, and serving as vice-president and twice as president (1829 and 1839). He donated a number of specimens and books to the college.

From Carlisle's early days in London, he moved in the best scientific circles, and he was elected a fellow of the Royal Society in 1804. His Croonian lectures (1804–5) to the society dealt, successively, with muscular motion and the muscles of fish. His most famous scientific contribution had been communicated to the Royal Society in 1800. Drawing on Volta's recent discovery of a chemical means of generating electricity, Carlisle and William Nicholson electrolyzed water into its constituent gases. Carlisle returned once in 1820 to his youthful experiments in electrochemistry, but, more importantly, the young Humphry Davy modified the apparatus and used it in his own fundamental researches.

Carlisle's connections helped him secure the post of professor of anatomy (1808) at the Royal Academy, where he had also studied art (and also commented that artists and sculptors do not need a detailed knowledge of anatomy). Through his appointment as surgeon to the duke of Gloucester, he became surgeon-extraordinary to the prince regent. When the latter became George IV, Carlisle was knighted.

Carlisle was a competent surgeon who wrote several papers on surgical topics and introduced a few minor improvements to surgical technique. He had a reputation of occasional casualness with his duties at Westminster Hospital, and was investigated (but exonerated) for three cases of neglect in 1838. He managed to escape the worst of Thomas Wakley's assault in The Lancet (founded in 1823) on the nepotism and incompetence of London hospital surgeons. Having had only one apprentice, he could hardly have pushed his students forward. He did, however, continue to give lectures on surgery at his hospital, and advocated the systematic collection and publication of hospital statistics. He was actively involved in the rebuilding of the Westminster and published a series of lectures on cholera and other epidemic diseases (1832).

Not surprising for one with his career, Carlisle had a conservative temperament. He opposed male midwives on the grounds of modesty and incompetence, and argued for temperance and regular habits in an essay on old age (1817), an early work in geriatrics.

Carlisle married Martha, daughter of John Symmons FRS, on 23 August 1800 at Alcester, Warwickshire. He lived first at Soho Square and then in Langham Place, where he died on 2 November 1840. He was buried in Kensal Green cemetery.