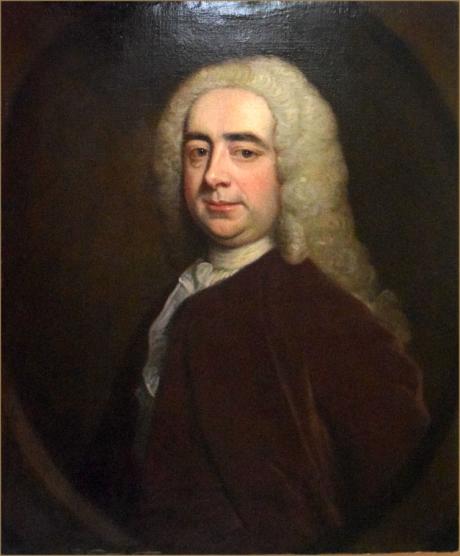 Until Richardson's retirement in 1740 Hudson painted portraits primarily in the west country, including Devon and Bath. His earliest portraits are documented in the accounts of the Courtenay family of Devon for 1728 (manuscript, priv. coll.). His early work imitates Richardson's in composition and technique. On Richardson's retirement Hudson gained a number of his master's clients and became more prominent in London. Described by Vertue in 1742 as 'a good ingenious man really of great merrit' (Vertue, Note books, 3.111), Hudson increased his patronage by hiring the Flemish artist Joseph van Aken as his drapery painter, a successful collaboration first mentioned by Vertue in 1743. His work soon showed the influence of portraits by Anthony Van Dyck.

During his career Hudson painted at least 400 portraits, about eighty of which were engraved. Sitters included members of the aristocracy, landed gentry, political leaders, Anglican clergy, and popular figures in music and the theatre. He was one of England's most employed portraitists in the 1740s and 1750s. Among his best-known portraits are Theodore Jacobsen (1746; Thomas Coram Foundation for Children, London), Lady Mary Andover (1746; Ranger's House, Blackheath, London), Benn's Club of Aldermen(1752; Goldsmiths' Company, London), Charles Spencer, Third Duke of Marlborough, and his Family (c.1755; Blenheim Palace, Oxfordshire), and two portraits of George Frideric Handel (1748–9; Staats- und Universitätsbibliothek, Hamburg; and 1756; NPG).

Some of Hudson's compositions may have been influenced by a trip in 1748 to France, Holland, and Flanders. By this time he had begun to form a collection of paintings, drawings, prints, and sculpture by other artists. His collection stamp, TH, is found on numerous old master drawings. Hudson continued to employ drapery painters after van Aken's death in 1749. A rapid trip to Rome in 1752 did not dramatically alter his work. Hudson's success attracted apprentices, among them Joshua Reynolds (1740–43), Joseph Wright of Derby (1751–3 and 1756–7), and John Hamilton Mortimer (1757). After the mid-1750s, when Reynolds began to receive commissions from Hudson'spatrons, a rivalry developed that has adversely coloured subsequent opinions of Hudson.

Although Hudson exhibited with the Society of Artists in 1761 and 1766 he was receiving fewer commissions by this time, and he retired to his villa in Twickenham. In 1770, after the death of his first wife, he married Mary Fynes (1702–1783). Hudson died at Twickenham on 26 January 1779. His will, dated 25 October 1776, names his second wife and members of the May and Carpenter families of Exeter among the legatees. Although Horace Walpole stated that 'the better taste introduced by Sir Joshua Reynolds put an end to Hudson's reign' (Walpole, 4.124) an unidentified writer in the St James's Chronicle, or, British Evening Post for 13 January 1781, wrote that 'Hudson was no bad Colourist, and was one of those Limners who gave an easy, if not a graceful, Attitude to the human Figure'. His collection was dispersed in 1779 and 1785, in three important sales.