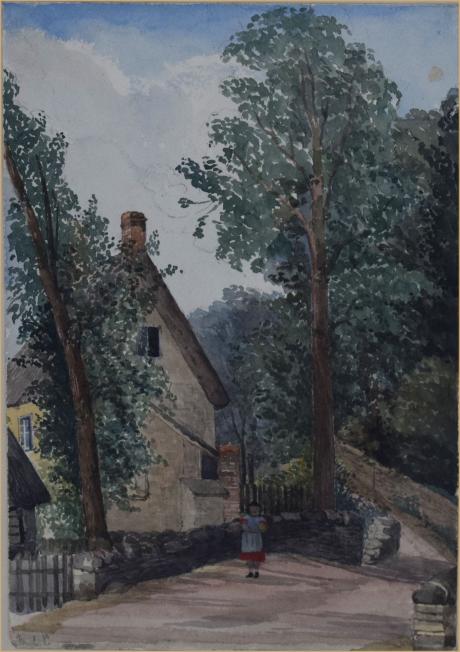 inscribed and dated in the margin " Cottage in Sharnbrook, Bedford,  Sept 1875"