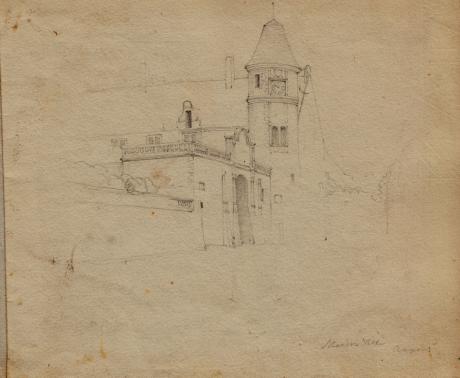 Angers is a city in western France, about 300 km (190 mi) southwest of Paris. It is chef-lieu of the Maine-et-Loire department and was, before the French Revolution, the capital of the province of Anjou. The inhabitants of both the city and the province are called Angevins. The commune of Angers proper, without the metropolitan area, is the third most populous in northwestern France after Nantes and Rennes and the 17th in France.

Angers is the historical capital of Anjou and was for centuries an important stronghold in northwestern France. It is the cradle of the Plantagenet dynasty and was during the reign of René of Anjou one of the intellectual centers of Europe. Angers developed at the confluence of three rivers, the Mayenne, the Sarthe, and the Loir, all coming from the north and flowing south to the Loire. Their confluence, just north of Angers, creates the Maine, a short but wide river that flows into the Loire several kilometers south. The Angers metropolitan area is a major economic center in western France, particularly active in the industrial sector, horticulture, and business tourism.

Angers enjoys a rich cultural life, made possible by its universities and museums. The old medieval center is still dominated by the massive château of the Plantagenêts, home of the Apocalypse Tapestry, the biggest medieval tapestry ensemble in the World. Angers is also both at the edge of the Val de Loire, a World Heritage Site, and the Loire-Anjou-Touraine regional natural park.